Buying a property on Mauritius

Mauritius is a tropical island in the Indian Ocean, found 850 kilometres east of Madagascar and 1,800 kilometres east of the African terrain. It is a generally little island; 70 kilometres in length and 40 kilometres wide. Mauritius can also be found on the list of TOP 10 dream objections and that isn’t without reason. Living on the Côte d’Azur has added this tropical beauty to our real estate portfolio. We can offer you various selective condos on the island of Mauritius.

Mauritius has a warm and humid climate and can be visited throughout the entire year. Temperatures are consistently somewhere in the range of 24 and 33 degrees Celsius. The temperature doesn’t dip under 15 degrees around evening time. Yes, it’s just wonderful!

Luxury lifestyle experts call Mauritius the ‘Heaven for Advanced’. This tropical island in the Indian Ocean is likewise in the middle of the developing business sectors of Africa, the Middle East, and Asia. For business people, Mauritius is considerably additionally intriguing as a result of the friendly tax atmosphere. In this article, you will learn more about the favourable circumstances of the island that is known as the ‘Singapore of Africa’.

Buying a house on Mauritius

The Grand Baie on the North coast is called the Saint Tropez of Mauritius. Here are the eateries, clubs and stylish bars for the happy few. You are astonished at the number of superstars who visit Mauritius for an extended get-away.

For a genuine neighbourhood environment, you should visit the capital Port Louis; a blend of various societies. The Bazar Central is the focal market and has existed for over 200 years. Here you will discover, other than natural products, vegetables, and other food, nearby medication men who can treat you in their own specific manner and offer homemade prescriptions to you.

In Tamarin, on the beautiful Westcoast, you can buy a new Mauritius villa in a stunning eco-resort for under a million euros.

With the impact of the French and their refined French food, it is no big surprise that you can eat delectably in Mauritius. The mixture of, in addition to other things, Creole and Indian dishes has made a menu with mixes that can barely be found elsewhere. Mauritius isn’t just an island for the rich. You will, obviously, discover very good quality resorts, yet there are other friendly priced hotels. On Mauritius you can eat pleasantly; the island was previously colonized by the Dutch, the French and the British and along with the Creole and Indian impacts it gives an interesting menu of delightful and shifted dishes, for example, those that can’t be tasted elsewhere.

The jet-set knows Mauritius fundamentally by the tropical seashores, mixed drinks from coconut and wherever white seashores from the Bounty publicizing encompassed by a sky blue ocean. In spite of the fact that the general action is lounging and relaxing, the climate conditions loan themselves consummately for windsurfing and kitesurfing exercises.

The Blue Marine Park is ideal for beginner swimmers; with a profundity of just 5 meters, you would already be able to experience an immense measure of vivid fish, seahorses and ocean turtles. When you have your PADI plunging certificate, you can go further into the ocean, ideally toward the west bank of Mauritius. There are a ton of caverns to be found here and many wrecks, including old privateer ships. 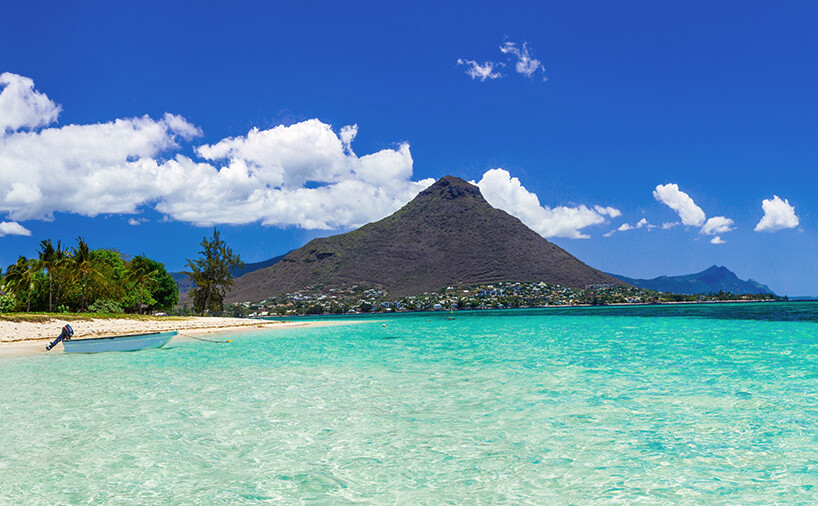 Living in Mauritius is living in nature. Particularly the South and the South West is exceptional. A notable fascination is Ganga Talao, a cavity lake in the core of Mauritius. The lake is called Le Grand Bassin and is for Hindus a blessed spot. Around Ganga Talao you will likewise discover different Hindu sanctuaries and sculptures.

The town of Charamel is likewise excellent and situated in a nature hold. Visit the 80-meter high Charamel cascades and the Seven-hued slopes; a region that has seven shades of red as a token of the numerous volcanic ejections.

For those who purchase a condo in Mauritius, you will positively visit the professional flowerbeds of Pamplemousses with enormous water lilies and old baobab trees. Remember the Casela Nature & Leisure Park for uncommon orchids and outlandish winged creatures.

Aside from living there is various reasons that make Mauritius extra appealing. Mauritius is a free island state in the Indian Ocean. The individuals who contribute for in any project 500,000 US dollars in a venture assigned by the public authority will turn out to be authoritatively occupant. The income tax is just 15 per cent and there are derivations for foreign earnings. There is no legacy tax.

For a long time, Mauritius has been the significant base for Western multinationals needing to enter the Indian market or, more than likely for monetary foundations that put resources into India. They pick Mauritius primarily in view of the interesting tax and business atmosphere and the helpful guideline of the financial world.

As an unfamiliar gathering, you can have a holding organization or asset set up generally rapidly, securely and basically, so you would then be able to work favourably or put resources to nations with which Mauritius has a tax arrangement. India, specifically, is amazingly famous in that regard.

Unfamiliar speculators spend almost no charges in Mauritius. About 20% of the assessment on the island is expected on the island. Be that as it may, organizations can get up to 80 per cent rebate on this on the off chance that they meet the correct conditions. Eventually, this can imply that as an organization you just need to pay a three per cent powerful assessment. Numerous different kinds of assessments, for example, profit or abundance charge, are not required here.

On the off chance that you add to the mind-boggling nature, the profoundly sought after objective, the quantity of developing travellers and the steady and prospering economy, at that point, Mauritius is an important and significant venture that can develop alongside the island in the coming time frame.

We are ready with our local partners to show you stunning penthouses, huge villa’s and some extravagant 5-star lodging condos on Mauritius for sale. Send an email to [email protected] or WhatsApp +33770186203 for brochure and plans.

We are ready with our local partners to show you stunning penthouses, monumental villas and some luxurious 5-star lodging condos on Mauritius for sale. Send an email to [email protected] or WhatsApp +33770186203 for brochures and plans.