If you want to live near Monaco with nice open views, it is best to go uphill and buy an apartment in Beausoleil. This used to be called Monte Carlo Superieur, and you will understand why when you see the view.

You can walk to the Principality, but ‘what goes down must also go up again’. Taking the car is the alternative, but be prepared for heavy traffic and full parking, especially when there are events or markets. Fortunately, Monaco has installed public lifts that will take you from Beausoleil to Monaco in a soft buzz. And vice versa. 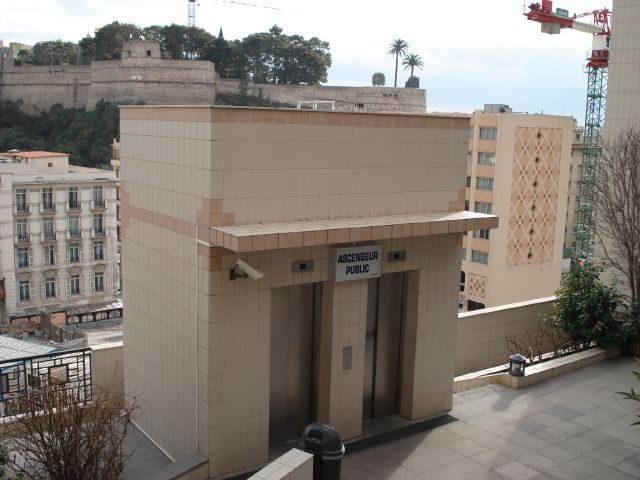 This is the only online map showing all public lifts from Beausoleil to Monaco.

The new Rex public lift on Kraemerplein in the municipality of Beausoleil was put into use on January 15, 2020. This ultra-quiet, the faster and less energy-consuming device was delivered in a sustainable development approach after three months of operation. The old elevator, which often broke down at the end of its life, was shut down on October 15.

This new facility is part of the city’s soft mobility policy, which started thirty years ago. The first public lift on the Place de la Liberation was implemented in 1990. The municipality of Beausoleil now has five, serving different districts (Rex, Palais Joséphine, Liberation, and two on Jardins Elisa).

A sixth will be delivered shortly in mid-March 2021 at Chemin de la Noix. “These elevators, available from 5:00 am to 9:00 pm, are designed to facilitate pedestrian access, like escalators, by offering a new way of travelling around the city, without a car and pain,” said the mayor of Beausoleil, Gérard Spinelli.

These are the Google Map links showing public lifts in Beausoleil. It’s almost like a free ride in an adventure park: you step in the elevator and, after a few minutes, step out into another country. Monaco is the only country to have this public ‘cross-border elevator’!

For updates on the Map, you can always contact us.