For many people, to buy a villa in Saint Tropez is tangible proof of a successful life. After all, no southern French port city has as much appeal as Saint Tropez. Statistically, you are also more likely to encounter “equal minds”; people who have earned their money still do this with their own company, but can relax in their own home in Saint Tropez. Yet the small village in the Var is much more than an emblem of the jet-set or of successful business people. Saint Tropez is first and foremost a port whose history is engraved in the citadel and the ramparts.

Everybody wants to buy a villa in Saint-Tropez

The alleys, squares and Provençal traditions such as playing boules in the market of Place de Lices still testify to the simplicity of the city. On the other hand, the yachts, the parties and the Haute Couture boutiques beckon to a wealthy clientele that will not be disappointed. Perhaps it is the balance of simplicity and richness that makes so many people want to buy a villa in Saint Tropez.

Who named Saint-Tropez, Cogolin and Grimaud ?

Saint Tropez has a history closely linked to the sea; also called the Grand Bleu. In ancient times, this small Mediterranean bay attracted a large number of Roman, Celtic and Greek conquerors. In AD 68, Torpes, steward of Emperor Nero who refused to renounce his Christian faith, was tortured and murdered by the emperor in Pisa.

His remains, accompanied by a rooster and a dog whose only food was the corpse of the deceased, were thrown aboard a boat on the Arno. The Christians of today’s Saint Tropez found the boat, hid the remains of the Holy Martyr and erected a chapel for it.

Torpes gave its name to Saint Tropez, the rooster inspired the name of the neighbouring village of Cogolin (meaning “little rooster”) and the dog, that of Grimaud (meaning “old dog”). If you soon buy a villa in the Gulf of Saint Tropez, you can tell your visitors this true story.

Saint Tropez as a trading city; from wine to entertainment

Saint Tropez has always been a trading city with a sea view. The Greeks, Etruscans and then Romans already exported oil and wine by sea. In the 15th century, after a period of wars and epidemics, Saint Tropez was fortified and repopulated by Genoese families who came to try their luck in the new city. The real estate trade boomed again; many people came to buy a villa in Saint Tropez. In exchange for the wealth and investments brought with them, the new residents were exempt from all taxes.

Today many Italians still come to Saint Tropez on vacation because they feel “connected with their hearts” here. Hence, this emotion has a historical origin for hundreds of years. The wealthy Italian families from Genoa saw a return to maritime trade in the 16th century; fishing, agriculture and viticulture benefit the trade in the small port. Shipyards are also being brought back to life.

The first illustrious person to be won over by the beauty of the place was a minister of Napoleon III. At the end of the 19th century, Guy de Maupassant, who fell under the spell of Saint-Tropez, tells about his adventures in the Mediterranean in his work Sur l’Eau. The painter Paul Signac, intrigued by the place the author describes, decides to go to Saint Tropez. He never leaves the village again, the source of inspiration for his most beautiful paintings.

The artist waltz begins, attracted by this special and magical light. Henry Matisse, Bonnard, Marquet, Mangin, Sartre, Madame de Beauvoir, Colette. They all settle in the city to paint, write and create. The surrounding villages with a view of the Bay of Saint Tropez were also included in the growing attraction. Ramatuelle, Sainte Maxime, Grimaud, la Croix Valmer and Gassin, these villages are all touched by the enchantment of Saint Tropez. Living here means that you have peace and space with the exuberant bustle at an appropriate distance. Even now there are many people from abroad who come to buy a villa in Saint Tropez, eventually opting for one of the surrounding villages. 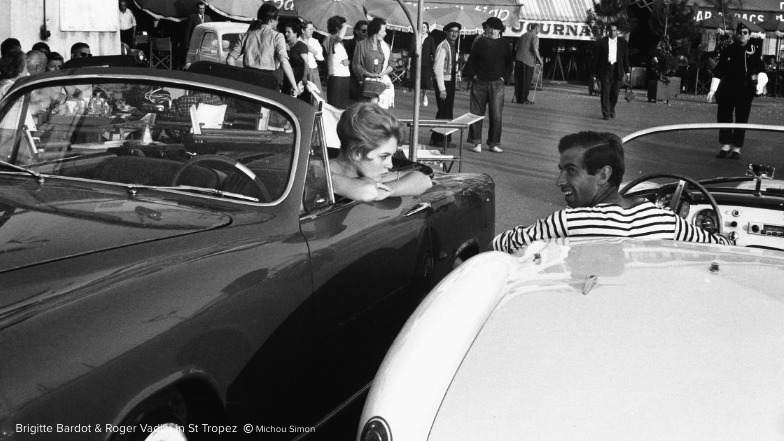 Saint Tropez is coming into fashion

In the 1920s, Saint-Tropez became fashionable and already had the infrastructure to accommodate wealthy tourists and fashionable personalities (luxury boutiques, palaces, restaurants, entertainment, etc.). Juliette Gréco, Daniel Gélin, Annabelle Buffet and many others adopt the port of Saint-Tropez as a holiday destination.

In the fifties and sixties, a flood of media follows, driven by feature films with famous stars. The bay of Saint Tropez becomes a privileged film location and films such as “Bonjour tristesse” et “Et… Dieu créa la femme” with Brigitte Bardot and Roger Vadim to confirm the special image of this town. An increasingly international audience is discovering the Bay of Saint Tropez and deciding to buy a villa in Saint Tropez, preferably close to the beach.

Saint-Tropez is now the place where jet set and showbiz come together, but where the streets still speak of the simplicity of the past. The Bay of Saint Tropez has been a popular retreat for the locals and those who want to relax in a magical location for centuries.

The tranquillity of Saint Tropez

Of course, it is not always a party; sailing at sea, the green hills and the many vineyards also give visitors and residents a natural rest. The typical languid Southern French feeling is strongly felt here, as in Provence. The combination of action and relaxation gives everyone the feeling of getting the most out of life. That is perhaps the most important reason for buying a villa in Saint Tropez. Or in the immediate vicinity.

Do you want to buy a villa in Saint Tropez? Please contact us via this form. Or view the current offer with our properties for sale in and around Saint Tropez.