Five reasons to choose Mauritius for your property investment
Contact us for the best properties, online and off-market
WhatsApp+33770186203 or use our search form

Five reasons to choose Mauritius for your property investment

Buying a property on a tropical island like Mauritius may seem like a faraway dream. But the island Mauritius is within reach in terms of budget and direct flights. The growing tourist industry and the stable government, make this island a smart and enjoyable place to invest in new property. Here are five good reasons to start thinking about Mauritius for your next investment.

The rich history of Mauritius

Mauritius was an uninhabited island until 1598 and developed some of the world’s rarest plants and animals, such as the brave dodo. The Dutch arrived in the 1500s and introduced sugar cane, which was later developed into a thriving industry by the French. Mauritius did not gain independence until 1968 and, after fifteen years of hard work, achieved economic and political stability. To reduce dependence on sugarcane exports, significant investments were made in textiles, banking, business outsourcing and luxury tourism. A great success story: Mauritius now has one of the most competitive economies in Africa!

Today you can see all the history, from dodo bones to the first maps of the island in the National History Museum. Visit colonial plantations such as St. Aubin and learn about exploration and settlement at the Blue Penny Museum. The capital, Port Louis, has historic buildings and an old market. From Lion Mountain to the southeast, look out over the Vieux Grand Port, where the British and French once fought.

Centuries of settlement, slavery and migrant workers have created Mauritius’ diverse African, Indian, Chinese and French heritage. You will find this multi-ethnic mix in everything; from language and religion to architecture and music.

Spicy markets, eclectic street music, old colonial buildings and colorful Hindu temples; Mauritius mixes all cultures with respect for each individual. English is the official language, but most Mauritians are multilingual and speak French, Mauritian Creole, Chinese, and other Asian languages ​​such as Hindi, Bhojpuri and Urdu. Hinduism is the most popular religion, followed by Christianity, Islam and Buddhism.

The island’s diversity is also reflected in its cuisine, which you can sample in gourmet restaurants and five-star hotels, as well as simple beachfront huts and street food stalls. From creme brulee to Creole barbecues, the country’s dishes are inspired by centuries of settlers.

Fresh fish is a given on Mauritius, with daily catch from the Indian Ocean. Local favorites such as marlin, parrotfish and octopus are used in Mauritian salads, Indian curries, Creole “rougaille” (spicy tomato stew), Chinese dim sum and “Vindaye” (Mauritian curried fish).

The island’s powdery sands are a definite attraction for vacationers. Many beaches on Mauritius have the added benefit of calm lagoons for safe swimming and snorkeling, thanks to the protective reef that surrounds Mauritius.

The north coast of Mauritius has the greatest variety of beaches, with many activities and amenities – you can spend your days windsurfing, fishing or parasailing, and your evenings in trendy beach bars or on the lakeshore. Trou aux Biches (great for snorkeling), Mont Choisy (quieter on weekdays), Pereybere (tasty food stands) and Grand Bay (good for water sports) are among the most popular locations.

The east coast of Mauritius has some of the most glamorous of beaches, with whiter sand, wilder backdrops, and less crowds. Notable spots are Blue Bay (crystal clear water), Belle Mare (one of the longest beaches on the island) and the beaches of Ile aux Cerfs (a popular island with tall white sandy beaches).

The southern coast of Mauritius has high cliffs and spectacular waves, with top beach spots such as St Felix (beautiful colors), Riviere des Galets (breathtaking views) and Gris Gris (crashing waves), while Le Morne (where Legend Hill is being built) at the southwest tip is a kitesurfing spot is world class. So you have a wide choice to visit different types of beaches.

A volcanic landmass with mountainous terrain, the island-wide hiking trails and climbs give a panoramic view. To the southwest, the Black River Gorges National Park has some of the best, with mapped routes that lead past endemic ebony trees, colorful birds, and Mauritian flying foxes. Nearby you can climb Le Morne Mountain for breathtaking views.

In the center of Mauritius, in the Moka Mountains, are two of the highest peaks: Pieter Both (820m) and Le Pouce (812m), once climbed by Charles Darwin. Further south is the island’s highest peak, Little Black River Peak (828m), which has both easier and more challenging routes to the top.

Are you coming to Mauritius?

This glittering Indian Ocean island is unique for its peaceful atmosphere, multilingualism and international standing. Whether you are here for the food, the beaches, the water sports or the great outdoors, Mauritius offers it all with impeccable service.

If you are going to visit Mauritius, please let us know. We can offer you a number of overnight stays close to our new constructions for sale. In this way, you will benefit to the maximum from our Dutch service;-) Yes, the Dutch are back on Mauritius! Contact us to get more info about new constructions in luxury resorts on Mauritius. 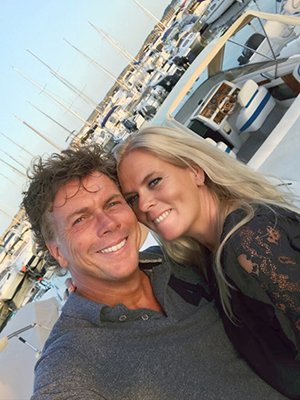