What to see and what to buy in Monaco

Living in Monaco is perhaps also a party every day; certainly in the field of tax benefits. Anyone who earns well and officially lives in Monaco can save a lot of money here on assets and income tax, among other things. The Principality of Monaco is not part of the European Union and is therefore not automatically subject to European mandates and directives. Due to a tradition of settlement with neighboring France, customs duties and VAT do apply in Monaco. Since 1870, Monaco no longer levies income tax on its residents. This applies to people of Monegasque nationality as well as anyone born outside Monaco. Unfortunately, residents of Monaco with French nationality do have to pay income tax.

However, residents who carry out a commercial or industrial activity whose foreign turnover exceeds 25% of the total turnover are subject to an income tax of 33.33%, including on the income from the activities within Monaco. In addition, companies that receive income from patents or certain copyrights are subject to an income tax of 33.33%. A percentage that is a lot more favorable than the tax payment in other countries.

It almost goes without saying that the quality of life is at a very high level. Many parents live in Monaco to assure their children of a solid future. And that is self-evident in a society where a lot of attention is paid to a good international education with a lot of involvement at the social level. Think of theater, art and film. Monaco also provides fertile ground for the climate or high-technology initiatives and start-ups. 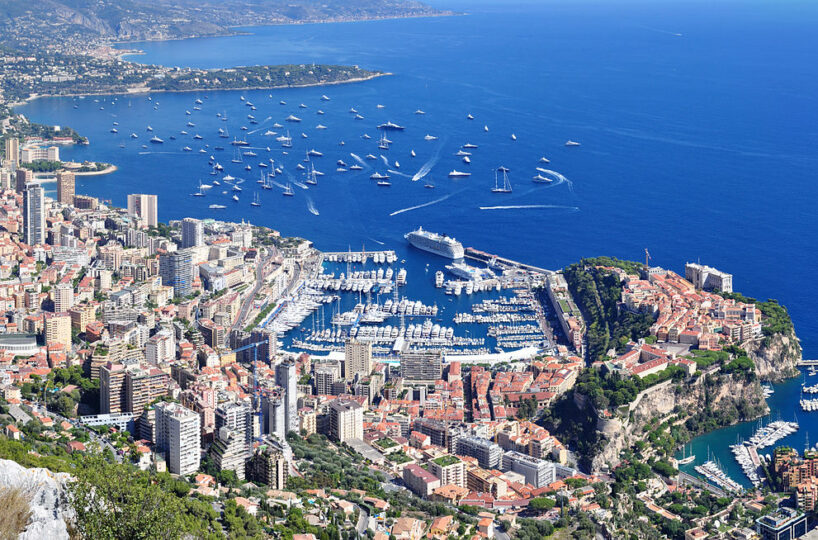 House prices are considerably higher than in neighboring France. If you want to live in Monaco, you can count on at least 35,000 euros per square meter to about 70,000 euros or more in the very exclusive areas. Monaco consists of districts, the most famous of which is the Monte Carlo district. Here you will find the Monte Carlo Casino and the Botanical Gardens. Monaco-Ville is also a well-known district; this oldest part of Monaco includes the princely palace. La Condamine is Monaco’s business center. The start/finish line of Formula 1 is also located here. The Fontvieille district can be found on the artificially constructed part near the harbor.

The neighborhoods therefore determine the price per square meter. Once you have found the right apartment or penthouse, the buying process is as follows.

As an example: for the purchase of a real estate for the price of 10 million euros, the buyer must prepare to pay a fee from the notary and the agency approximately 960,000 EUR (600,000 EUR to the notary and 360,000 EUR to the estate agent, including VAT) to be paid before the day the deed is signed. So the money must be in the accounts. If you are making a foreign bank transfer, please count on one week of processing.

No results for those listing parameters.