Nice in France was already home to the pre-Neanderthal man and woman 200,000 BC. It is, therefore, no surprise that the beautiful European city is full of history. From palaces once occupied by the French nobility to mysterious caves occupied by cave people; history buffs can be sure to find an enchanting city with culture from almost every period. In any case, these ten historic locations in Nice are good for exciting and surprising cultural excursions! 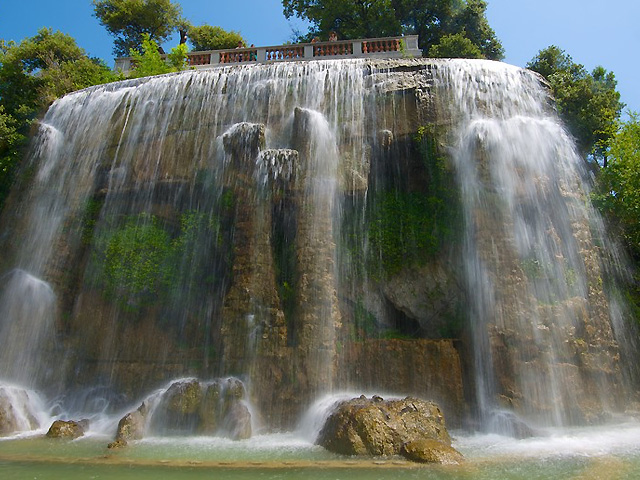 
With the best views of the city and its coastline, a walk to Castle Hill, Nice, France will appeal to historians and those wishing to take a spectacular selfie. With 300 meters of stairs, the foot trip to the castle is not for people with a weak heart or stiff legs. But visitors are rewarded with fascinating ruins from the 16th century built with a fortified structure in a rocky hill to prevent attacks.

After a number of investments, including one of François I of France and his troops in 1543, the castle was finally destroyed by order of Louise XIV in 1706. Only a few walls remain today. Visitors can take a fascinating tour around the ruins and enjoy the view over the Bay of Angels. The castle is set in an unspoilt park, with a beautiful waterfall, all in all, a great area for a peaceful stroll just minutes from the beach. 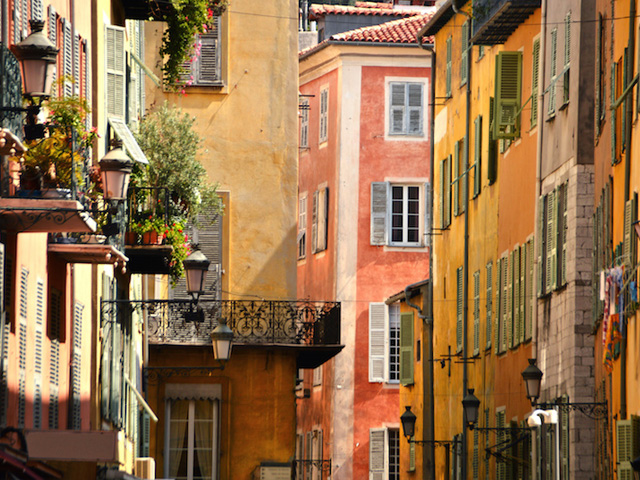 Also called Nice “Vielle Ville” or the “Old Town”, Vieux Nice is one of the most beautiful and historically significant areas of the city. Look at this Old Nice video. At the time of the busy trading port established by the Greeks of Massilia 350 years before Christ, strong walls were built in the region to protect the city from invasion. A medieval city has been built within these walls, with some structures still standing. The architecture and historical places show some stylish influences such as Baroque in the old town and medieval streets, with buildings that belong on an old postcard. It is a colorful collection of life in Nice; the contemporary shops, restaurants and bars create a unique atmosphere. Here you also eat the best “socca”, the local dish that you should not miss: a lightly salted chickpea pancake, baked in a wood oven. 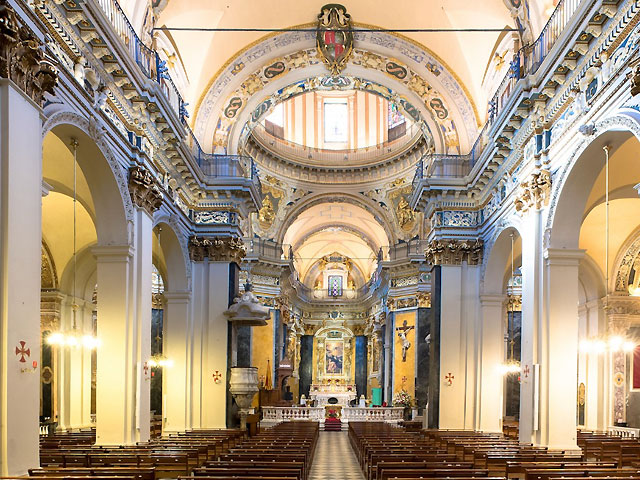 The famous Sainte Réparate Cathedral was built between 1650 and early 18th century and is located in the heart of the old town. The first church to be built on the site was called Sainte-Marie du Château, consecrated in 1049 before being torn down and redesigned to increase space to accommodate the city’s growing population. At the famous Saint Susanna Church in Rome, today’s cathedral is an impressive structure that dominates the surrounding landscape, with a beautiful multicolored copula stretching 39 meters in the air. The interior of the Sainte Réparate Cathedral consists of a series of ten intricately decorated chapels dedicated to important saints and religious figures, all decorated in the delicate Baroque style. Officially classified as a Historic Monument in 1906, this peaceful and tranquil historic gem is a must-visit when exploring the medieval old town.

Click here for the route to Sainte Reparate Cathedral in Nice 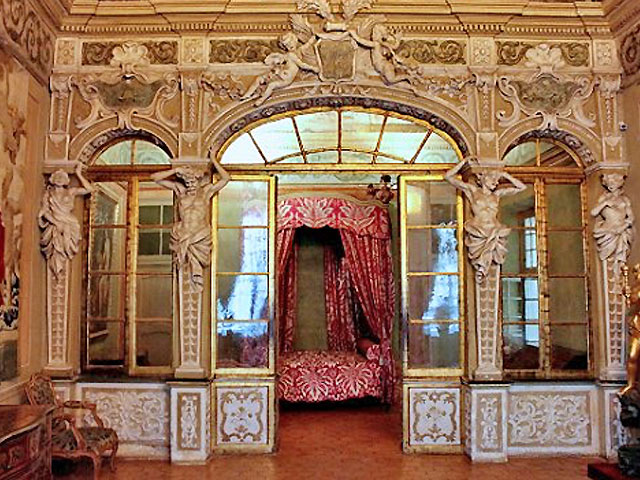 Located in the confines of the old town, the Palais Lascaris is a Baroque masterpiece in Nice. This ancient mansion was once a marriage house of Peter I of Ventimiglia and Eudoxia Lascaris, daughter of the Byzantine emperor Theodore II Laskaris, who belongs to the noble family of Vintimille-Lascaris in the 18th century. A generous labyrinth of lavishly decorated rooms, fresco ceilings and mythological 17th-century ornaments. The palace was eventually acquired by the city of Nice and turned into a museum. Today it is home to a world-famous collection of musical instruments created by Antoine Gautier, a violinist and Nicoise collector. In his life, he collaborated with some of the most notable musicians in France, including violinist Jacques Thibaud. Music aficionados don’t expect such a huge collection of rare classical and baroque pieces here, ranging from Naderman harps to original French keyboard instruments, all made in the 18th century.

Click here for the route to Palais Lascaris in Google Maps. 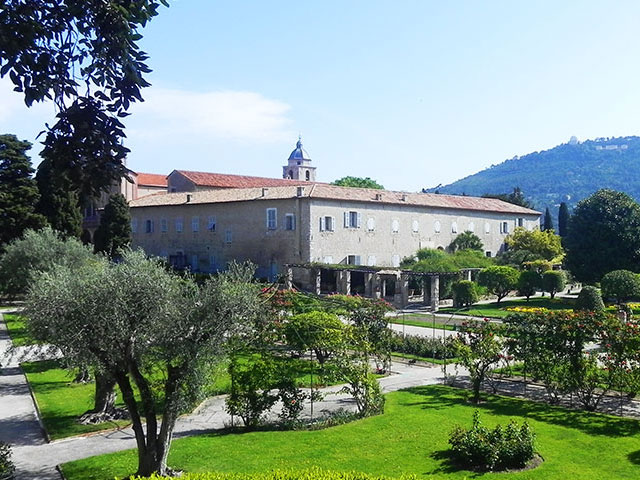 The Cimiez Monastery and the Franciscan Museum are a historical legacy in modern times. Today it is home to a small group of Franciscan brothers and has a small museum. Here the daily life of French monks over the centuries is explained. This place is a little bit outside the tourist area but worth it for those who want to know more about Nice’s religious heritage. The famous Shroud of Turin, which depicts a man, was located here in the 14th century. which is believed to be Jesus Christ. Located in the quiet, historic district of Cimiez, and surrounded by an idyllic 500-year-old olive grove, the monastery offers a beautiful setting for peace and quiet. You can also explore the ruins of the Roman arena, amphitheatre and thermal bath here, all of which date back to the 6th century.

Click here for the walking route to Cimiez Monastery and the Franciscan Museum in Nice. 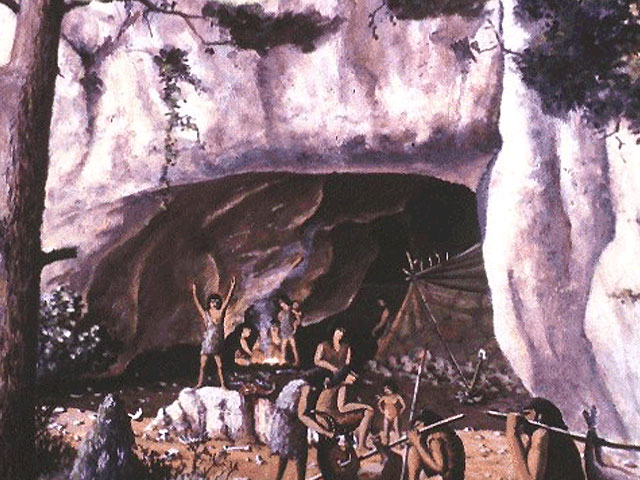 Those interested in prehistoric times travel back in time with the story of the Grotto du Lazaret, a ca 10 meters long and 5 meters wide cave at the foot of Mont Boron. This cave was inhabited by pre-Neanderthal people and used as a hunting base. Archaeologists have found here more than 20,000 bones from both humans and prehistoric animals. When digging began in 1950, the skull of a nine-year-old child from 130,000 BC was found in the cave. Since then, many examples of tools have been found to improve our modern knowledge of the prehistoric period. Guests can walk around the cave or take a tour of the caves’ almost unimaginable history. 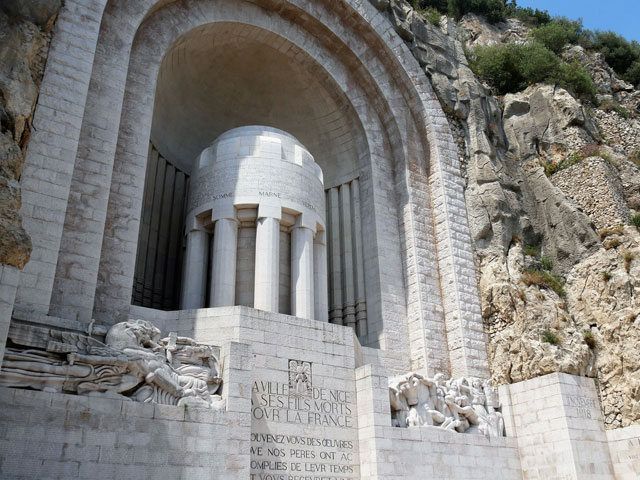 At the foot of Castle Hill is the Monument Aux Morts de Rauba-Capeù, a tribute to the Nice soldiers who gave their lives during the First World War. Designed by the French architect Roger Pierre Honoré Seassal, visitors will see a special monument made by the Académie des Beaux-Arts in Paris. At a height of 32 meters, the large dome structure was dug into the rocky hill and features two detailed bas-reliefs on the theme of war, designed by acclaimed sculptor Alfred Janniot. The foundation stone of this memorial site was laid in 1924 before it was consecrated by the Mayor of Nice in 1928. The monument has been a meeting place and place of reflection for almost a century. With a beautiful sea view, a pleasant place that creates movable memories for its visitors. 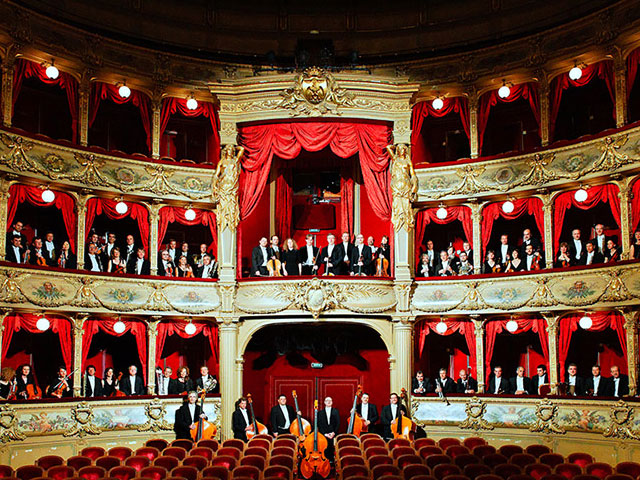 What started as a small wooden theatre in 1776 has since been built up as the famous Opéra de Nice, a municipal institution that invites huge productions and names to perform within its walls. After being a small-scale playhouse for almost 50 years, the building was bought by the city of Nice on the advice of King Charles Felix. His idea of ​​converting the space into a grand opera quickly became a reality, with renovation and renewal by architect Benoît Brunat in the classic Italian style. In 1881, the Opéra de Nice was damaged by fire during a performance. The building was then rebuilt and redesigned by François Aune. It is this design that remains today, with a stylish interior displaying a beautifully high painted ceiling and a number of symbolic images aiming to remember the theatre’s colorful and successful past. The opera attracts worldwide names from all over the world in disciplines such as orchestra, ballet and internationally renowned choirs.

Located in Port Lympia, in a busy urban district, Notre Dame du Port church is a historic beacon that overlooks the background of modern Nice. Also known as the Church of the Immaculate Conception, the church was built in the mid-19th century and designed by architect Joseph Vernier in the neoclassical style. Elegant and impressive to look at, with four soaring granite columns dominating the front from the outside. It is hard to believe that this church once fell in 1841 due to heavy rainfall. The place was rebuilt in 1845, before the facade was redesigned in the Greek style and the columns added by architect Jules Fèbvre, making it a collaboration of architectural triumphs and the building’s influence in its time. Inside you will find a quiet and contemplative space with a variety of beautiful decorations. The whole makes Notre Dame du Port one of the most beautiful monuments of the city. 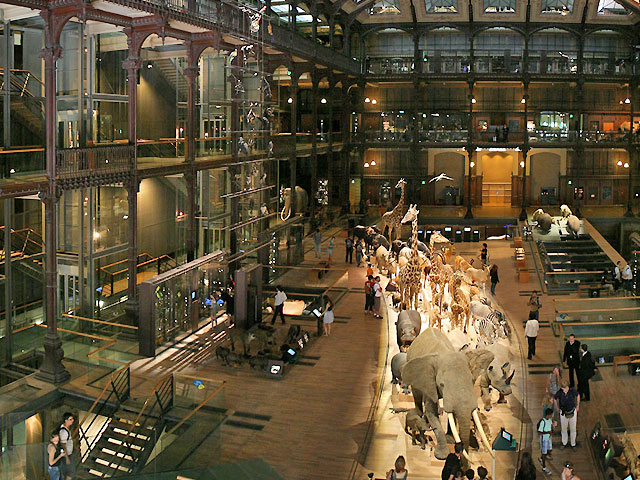 The oldest museum in Nice, established in 1846, is Le Muséum d’Histoire Naturelle. Founded by botanists Jean Baptiste Barla and Jean Baptiste Verany, the museum was founded with the help of scientist Antoine Risso, the famous author of Ichthyologie de Nice, a book explaining the life of the city. Today the museum offers a range of geological, zoological and plant compositions that show the Earth’s habitats from Africa to South America. Those interested in local natural history can view the site’s particularly extensive collection of plants and animals, all from the Mediterranean area surrounding Nice. The museum presents specimens of animals unique to the region, including wolves, deer and wild boars, and explains both the importance and challenges of the area’s conservation projects. With a number of regularly changing exhibitions and ongoing research projects, the museum presents contemporary relevance as well as an appreciation for its rich heritage.

If you want to see more of the local districts in Nice on the French Riviera, visit our article about Nice Cimiez. Or discover the Westside of Nice with Nice Fabron. Or the village in the city, Nice Saint Roch.